The Games may be over for another four years, but brands associated will be busy reviewing their own wins and losses, writes Anne Rayner, global head of communications research at Kantar TNS. 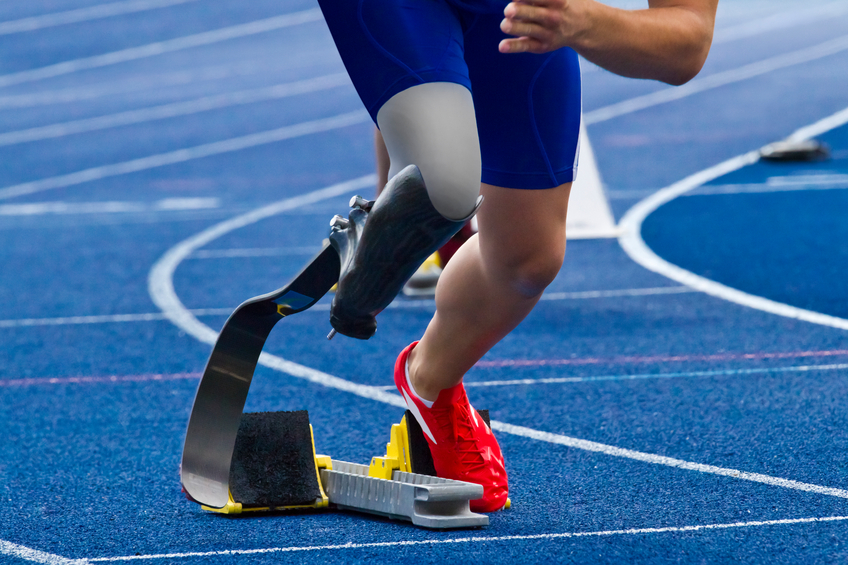 With over 350 million people watching the opening ceremony alone, the Rio 2016 Olympics and Paralympics allowed brands allow brands a platform like no other to increase their global visibility. However, the relaxation of advertising restrictions in Rio meant that, for the first time, many more brands had the same opportunities to promote themselves on an international stage as official sponsors.

Kantar TNS looks at which brands benefitted from their endorsement of Rio 2016, and which have been damaged by the association.

It would be hard to have watched more than a few minutes of the games without recognising the Samsung logo somewhere.

Samsung has been praised for its mixture of traditional advertising with funny and relevant content – most noticeably the hugely successful ‘School of Rio’ campaign that featured comedian Jack Whitehall and a number of Britain’s most high-profile athletes and is considered by many to have been the brand to best maximise on Olympic opportunities.

As the first nation to have won more medals than at the Games they hosted, the outstanding success of Team GB cannot be underplayed. The phenomenal performance of the athletes is reflected in the massive growth of value in its brand.

The team’s Twitter following has increased by over 450,000 since London 2012, including 100,000 in the past two weeks. Perhaps most importantly, Team GB has become a trusted source of information, becoming the go-to destination for those looking for interesting and reliable content.

The UK’s National Lottery has also benefitted enormously from the Games, as many Team GB athletes expressed their thanks for the funding which allowed them to pursue their Olympic dreams.

Brands also stood to benefit massively from star endorsement. Certain athletes receive huge amounts of media coverage, and the dominance of social media means that the right ambassador can promote a brand to hundreds of thousands of people with the click of a button.

Under Armour understood this, and put its weight behind one of the icons of the Olympics, Michael Phelps. It also received a perhaps less expected brand-boost from Simone Biles whose flawless routines – executed in Under Armour kit – made her one of the stars of the Games.

Nike, arguably the world’s most valuable sports brand, was of course a dominant force at the Olympics. The famous ‘tick’ was adorned across the majority of Team USA – in fact, 44 of the 46 US athletes who won gold were either sponsored by Nike or wore the brand’s product during competition.

However, the brand’s support wasn’t exclusive to the American athletes. The victorious Brazilian football team wore Nike kit – meaning that the brand had the eyes of an entire nation of over 200 million individuals upon them as Neymar led the team to Gold and hosts of football fans will proudly flaunt the Nike-emblazoned memorabilia for years to come.

As with any major sporting event there are always winners and losers, and for many there is little doubt that the sponsors of Ryan Lochte were the real brand losers in this summer’s games. Back home in the US, Lochte himself had cultivated his own type of brand identity with lucrative sponsorships, modelling gigs, his own reality TV show and even an attempt to trademark his personal catchphrase, ‘Jeah’, in 2012.

However when it emerged that Lochte had lied about being robbed at gunpoint, four of his major sponsors chose to terminate their contracts whilst in the process suffered reputational damage by association themselves. One of the US’ biggest fashion brands, Ralph Lauren and skincare firm Syneron-Candela both pulled their sponsorship alongside Japanese mattress maker Airweave.

His major sponsor Speedo also followed suit, announcing, “We cannot condone behaviour that is counter to the values this brand has long stood for.” The brand did however receive praise for the decision to donate the sponsorship totalling $50,000 to Save the Children in Brazil. 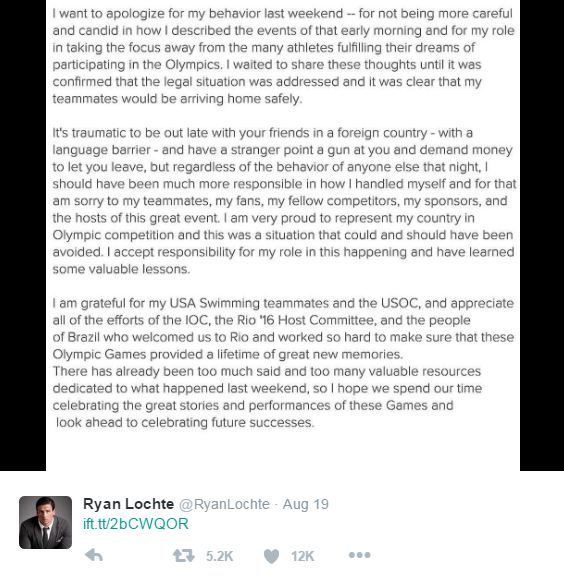 Sports sponsorship has always been big money but in this era of instant news, brands such as Speedo and Ralph Lauren are now adopting a zero tolerance attitude towards scandals like Lochte’s. Bold statements are issued via social media channels as well as to traditional media within hours of the news breaking, often focussing on the brand’s disappointment and the need to cut ties.

The era of brands taking a more considered attitude in waiting to see how the story would play out or else waiting for the news to pass is over. Whilst Lochte has gained some further sponsorship since the Games finished, the recent protest at his Dancing With the Stars performance will have only confirmed to his former sponsors that they made the right decision.

Although the Games may be over for another four years, the brands associated will be reviewing their own wins and losses whilst many more will no doubt be weighing up their sponsorship goals as the countdown to Tokyo 2020 begins.