The opening session of Festival of Media 2015 LatAm saw a panel of key Latin American influencers discuss who really controls brand power when it comes to millennials. 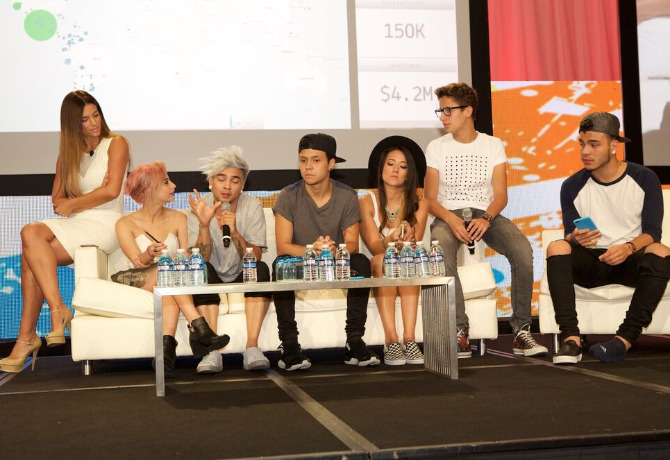 The hashtag for the group, #FOMLAInfluencers, was trending globally during the session, with over 50 million impressions, 410,000 interactions and an investment of $5.1m.

“It’s a pleasure to be talking about how important you guys are to brands and how you guys have done it,” said Garcia.

“Before they are influencers they are content creators and then they are influencers,” continued Garcia. He referred to the moment when Juan Pablo Jaramillo decided to be honest and tell his followers he was gay, creating a social conscience amongst fans –which in turn grew his fanbase.

“After that he wrote a book and it’s a best seller in Columbia,” commented Garcia. “It’s all about honesty – you have followers and you have fans.”

Juanpa Zurita discussed the positive experience he had working on the HP ‘Bend the Rules’ skydiving campaign.