Le Pen vs Macron: How the French election result will impact international marketing and media | M&M Global
Analysis
4th May 2017 by Alex Brownsell

The result of this weekend’s French presidential election, contested between Marine Le Pen and Emmanuel Macron, will have far-reaching consequences for the international media and marketing industries. Alex Brownsell and Anna Dobbie report. 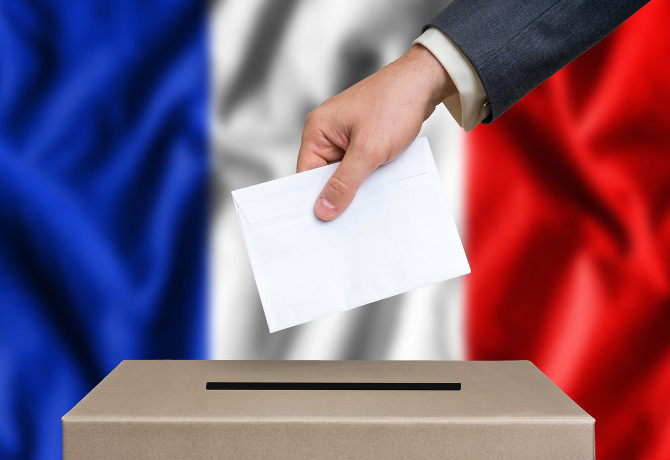 By Monday morning, we will know the result of the first of three events with the potential to reshape politics in Western Europe.

Either Marine Le Pen, of the far-right Front National, or Emmanuel Macron, the founder of the centrist En Marche! movement, will have secured the presidency of France, with far-reaching implications for marketing, media and the wider economy.

The French election will be swiftly followed by the UK’s own ‘snap’ poll – with all signs pointing to an enlarged majority for the Conservative Party and prime minister Theresa May – and then, in September, Germany will also vote in a federal election. Chancellor Angela Merkel’s attempt to secure a fourth term in office will be closely followed throughout the continent and beyond.

In France, observers will be looking to see if the rise of ‘populism’ – exemplified by the UK’s ‘Brexit’ referendum result and Donald Trump’s march to the White House – is set to continue in 2017, or if more moderate, liberal parties and leaders continue the fightback that started with Dutch prime minister Mark Rutte defeat of right-wing opponent Geert Wilders in March.

Just as the overwhelming majority of marketing and media professional were in favour of the UK remaining in the European Union, it is no surprise to find out that a Macron victory would be popular among brands, agencies and media owners. In fact, M&M Global could find no one openly backing a Le Pen victory.

Le Pen shares the Euroscepticism of Ukip in Britain and Alternative für Deutschland in Germany, and has called for France to hold a referendum on its place in the European Union. She wants to cut back on immigration, to lower the retirement age, and to implement trade barriers to protect small French businesses.

In comparison, Macron is in favour of greater cooperation with the EU, wishes to introduce greater “flexibility” in the labour market – albeit retaining France’s 35-hour week – and has voiced his support for global free trade deals.

Following last night’s (3 May) final TV debate between Le Pen and Macron, which at times descended into open hostilities, Macron commands a significant lead in the polls – with nearly 60% claiming they will vote for the En Marche! candidate, compared to just over 40% backing Le Pen.

Passions run high when discussing this year’s vote. For Mehdi Benali, deputy managing director of creative agency Sid Lee, the election is a test of the kind of country France wants to be.

“France remains a country attached to its democratic and republican values, so despite the strong social unrest we are witnessing in the country, I doubt the French people will let an extremist person sit in the Élysée Palace. Not this year, not ever,” he says.

He argues that French politics has suffered a lack of “risk-takers”, and hopes that, should Macron seal victory on Sunday, he will unleash businesses from some of the bonds currently holding them back: “Emmanuel Macron ran his campaign on the promise of giving more freedom and leadership to the business community – whatever one might think of that on a social level, it can only be good for our industry. Marine Le Pen would be bad news for business as much as for everything else.

“With the UK leaving the EU, French agencies have an unprecedented opportunity to become European hubs for big European and global brands.”

“One could assume that an economy with less shackles is an economy that invests in marketing, innovation, communication and the ever growing digitalisation of the social and commercial sphere,” he adds.

With Macron offering a deeply European vision of the future, Benali also argues that France has an opportunity to boost its share of the international advertising world, as major brands and agencies ponder their place in post-Brexit Britain.

“Marine Le Pen wants to close France’s borders and has an aggressive political agenda against foreign communities in and out of the country, so again, I don’t see how that’s any good for France, Europe or anyone else really,” he says.

“Macron is a deeply European candidate, so he will probably keep France close to its European partners, particularly Germany. That is good for our industry. Particularly with the UK leaving the EU in the next 24 months, one can imagine that French agencies have an unprecedented opportunity to become European hubs for big European and global brands.”

While Le Pen’s anti-globalisation message is anathema to the creation of a thriving digital economy, experts assume that Macron will wholeheartedly back the EU’s existing policies, including 2018’s roll-out of the General Data Protection Regulation (GDPR).

If Macron and Merkel both win their respective elections, advertisers can expect a continued tightening of rules over the use of personal data in digital advertising, according to Kevin Sugrue, research director at IPG Mediabrands’ UM and Initiative EMEA.

“Over time new methods of targeting will emerge, but the current reliance on cookies is ending. At the same time, governments will continue to gain more access to the personal data of their citizens. Social media platforms will be forced to demonstrate more control and accountability over their content. This should help to reassure advertisers on the environment their ads appear in.”

Before the tumult of 2016’s Brexit and Trump headlines, elections would be associated with warnings of market “uncertainty” and the potential short-term impact upon advertising budgets. This year’s French election – as well as the votes in the UK and Germany – will potentially have a far greater impact on our industry.