The shortlist for the 2017 Festival of Media Asia Awards has been revealed, with MediaCom, Mindshare and PHD leading the nominations. 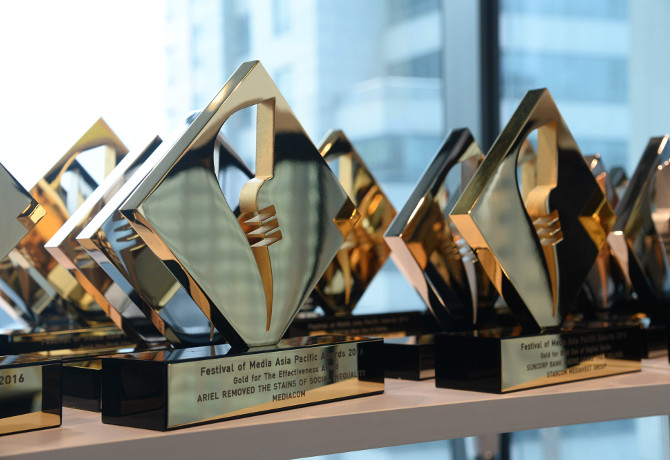 MediaCom is the best-performing network on the shortlist, with 25 shortlisted entries, closely followed by Mindshare with 23 nominations and PHD with 20.

From a country perspective, Australia has maintained its leading position in the Awards shortlist with 36 entries. India follows in the runners-up spot, with 33 entries, and China takes third place with 26 entries.

Stand-out agencies include MediaCom India, with a 12 shortlisted entries, while its New Zealand office is in the running with seven entries. Mindshare China counts eight entries on the shortlist, and PHD China boats seven nominations.

The top campaign spots go to MediaCom India’s ‘Ariel Dads Share the Load – Men for Laundry!’ for Procter & Gamble, ‘Lucy the Robot’ by Atomic 212, and PHD China’s ‘Cornetto Love Notes’ campaign for Unilever, with each being shortlisted in six categories.

The winners will be decided by the Festival of Media APAC Awards final jury meeting in Singapore. Members of the jury for this year’s awards include McDonald’s Philippines executive vice president and deputy managing director Margot Torres and GSK media director, Greater China Region, Sandy Ma.

Read M&M Global’s interviews with Torres and Ma below.

McDonald’s Philippines exec Margot Torres on mobile, e-commerce and the ‘era of the customer’