The New York Times is launching its first TV brand campaign in a decade, advocating the importance of facts and independent journalism through a spot that premieres during the Academy Awards on 26 February. 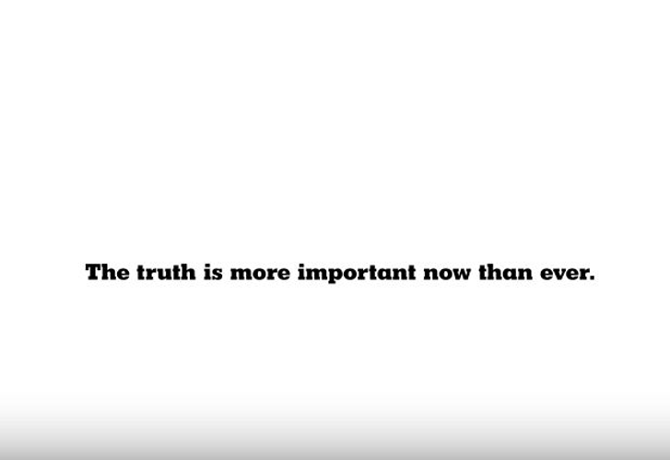 The campaign, which includes national and local TV, digital, social media, outdoor and print advertising, will focus around the central message that ‘The truth is more important now than ever.

Its aim is to support independent journalism though resources, commitment and expertise, in response to research administered by The Times that suggested that some people are not fully aware of how Times journalism is created.

“At The Times, we have a 166-year history of an adherence to the highest standards in journalism and a sense of mission that propels our approach to how we cover the world,” said The New York Times publisher Arthur Sulzberger.

“We are committed to properly resourced, tough-minded and independent journalism, delivered without fear or favour. In a world where there is so much uncertainty about what is real and what is fake news, we remain steadfastly committed to a search for the truth.”