Procter & Gamble’s global head of media Gerry D’Angelo has called on the industry to stop treating its challenges as a “spectator sport” and to unite to tackle viewability, fraud and transparency. 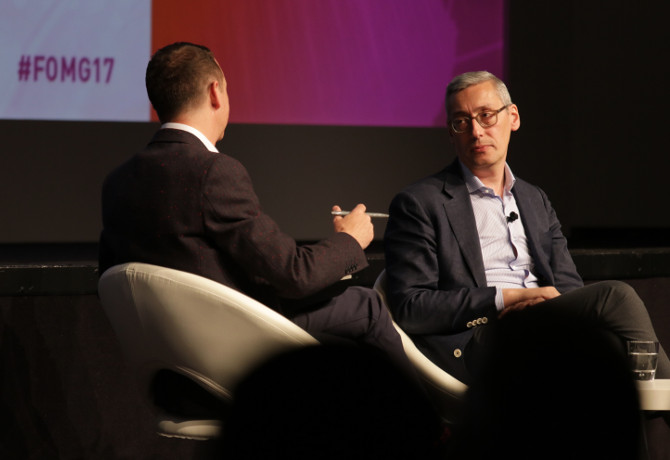 Speaking to ID Comms’ Tom Denford on the second day (9 May) of Festival of Media Global 2017 in Rome, D’Angelo discussed the impact of P&G marketing chief Marc Pritchard’s state-of-the-industry address earlier this year.

Pritchard argued that the industry was in urgent need of a digital transformation, and called for the adoption of a single viewability standard, the widespread implementation of third-party measurement and a collective fight against ad fraud. The warning came with “teeth”, with P&G threatening to shift ad dollars to punish those not complying.

Reflecting on the speech, D’Angelo said it had been a long time coming, and reflected a frustration that investment in marketing “craft” was being wasted by a non-transparent media chain: “It’s fair to say that the CMO of the world’s largest advertiser doesn’t wake up one morning and decide to give the world’s most important advertising speech for 20 years.

“Absolutely, we were doing it for ourselves, but it was also to confer a benefit for the wider industry. This stuff isn’t really a spectator sport. Everyone managing a budget has a responsibility to look after that budget.”

D’Angelo insisted the speech amounted to more than just words, with numerous departments – from purchasing to insights – being touched by the drive. Pritchard is also very prepared to “roll up his sleeves and to get into the details”, he added.

On the issue of measurement, the former Mondelez marketer argued that digital media needed to respond to its growing maturity with a greater sense of responsibility.

“With any investment decision, particularly one worth billions of dollars, you need third-part measurement. It’s not we trust our partners [including] media agencies and significant publishers. But, at the same time, we have to acknowledge they have vested interests,” he said.

When asked about a perceived kick-back from P&G against the granular targeting made possible through programmatic media – the FMCG giant last week revealed plans to swap ad tech partners – D’Angelo said it was about finding a balanced approach.

“Like many other large advertisers, we are clear about what will grow our business. We want to be talking to as many of our category buyers as possible, as often as possible. It sounds a bit generic and vanilla, but that is the fundamental of how marketing is going to be driving growth for any brand,” he said.

“At the same time, there is nothing to stop you segmenting this broad grasp of category buyers in order to drive precision, personalisation and targeting. It’s not that personalisation per se is a bad thing; we just don’t want to follow it out of the window and start talking to a much smaller slice of our audience.”