Dan Machen, director of innovation at HeyHuman, outlines three campaigns in 2016 that proved the value of simplicity in marketing. 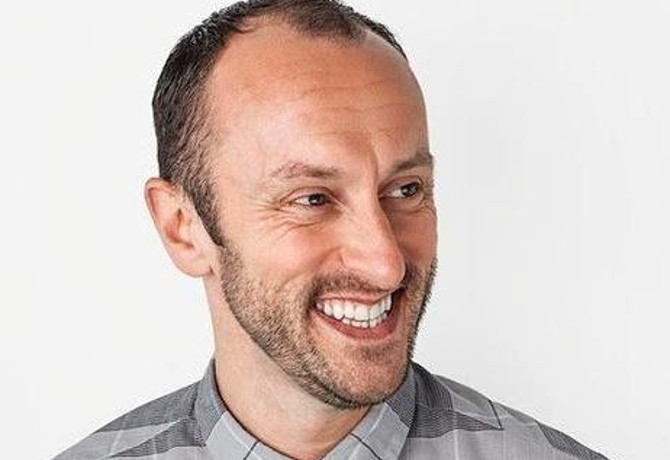 Rather that look forward with predictions for 2017, it seems appropriate towards the end of 2016 to pause and reflect on what happened this year.

As 2016 drew to a close, the one-word summary – according to Oxford Dictionaries – is ‘post-truth’. Post-truth means that “objective facts are less influential in shaping public opinion than appeals to emotion and personal belief”.

At the root of this, however, isn’t something as simultaneously simple and bizarre as a dislike for objective facts, but an increased sensitivity to how they are presented. In an increasingly complex world, we reach for generalisations and simplification to help us find signal amidst the noise.

Donald Trump’s simple-looking solutions won him the presidency. A vocab analysis of Trump’s speeches pegged them at fifth grade high school complexity, and other candidates at near college levels. On Reddit there is a sub-reddit called ELI5, which stands for ‘Explain to me like I’m five’. It seems there is an increased desire for simple framing of ideas and communication and this is something us communicators should pay very serious attention to.

“When talking to audiences that are already overloaded, we need to put people first and think about easy ways to connect”

Even if he didn’t really mean half of what he said, or said it to get elected, there is little doubt Trump is a brilliant demagogue. We also saw this with Boris Johnson and Brexit’s unexpected victory. They made complex issues easy for people. Their ‘We send £350m to the EU every week – let’s fund the NHS instead’ and ‘Let’s take back control’ messages really cut through and made a grey issue appear black and white.

These recent examples show that time and again, ease will win out. This default behaviour aligns with the fundamental keystone of behavioural economics – a bias towards convenience and ease.  In this, there are lessons for brands and agencies working with them.

When talking to audiences that are already overloaded, we need to put people first and think about easy ways to connect. For us, three campaigns that succeeded this year championed a sense of honesty and simplicty in a smart way – appropriate to a ‘post-truth’ world.

They are the very essence of human brands showing evolved behaviours in terms of the ability to adapt, speak clearly, actively listen and, most importantly, simplify. If we were to choose a one word summary of this year to take us into next, it would not be ‘post truth,’ it would be ‘simplicity’.

This tongue in cheek reactive social content challenged one woman’s defamation of Lidl’s farming ethics – “I imagine Lidl’s farm is like a prison for turkeys”. Lidl decided to prove her wrong by inviting her to work on one of their free-range RSPCA assured turkey farm’s for a day. In the minute long social video a Norfolk farmer proves to her that “no turkeys are as held as prisoners”.

The dominant elements here are resonance and relevance both in terms of the hyper-transparency and genuineness of delivery and the topicality of talking turkey in such a positive manner.

This cut through campaign saw IKEA simply renamed their products after common Google searches for relationships dilemmas. A brown moving box becomes ‘how to make long distance work’, a blackboard becomes ‘he can’t say he loves me’ and a sofa bed becomes ‘my partner snores’. Again a simple idea at the heart that reinforces a belief in the honesty and transparency of the campaign.

With proto-typical Scandinavian honesty this IKEA campaign really cut through tonally with stand-out copy and resonance. Interestingly the tactic of linking with products with the search terms most associated with them garnered as much PR as the campaign itself, another interesting tactic moving forward. 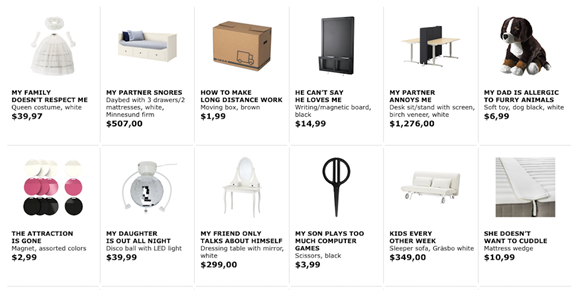 One of the most innovative uses of a social media channel this year, was by a French charity Addict Aide created a fake Instagram account for a beautiful young socialite called Louise Delage. She posted photos of her glamourous social life and within a few weeks she gained thousands of followers. The addiction charity then announced that the account was fake and that while her followers were liking her photos, they failed to spot that in every photo she was drinking alcohol.

The purpose of the campaign was to highlight how the alcoholism can be hard to spot as alcohol is so ingrained in culture. The campaign had huge resonance and relevance – starting a discussion across French media and beyond about what social media does and doesn’t show of our real lives. In some ways Addict Aide is the essence of an ingenious ‘post-truth’ communication project – culture and campaigns both reflecting and affecting each other in turn. 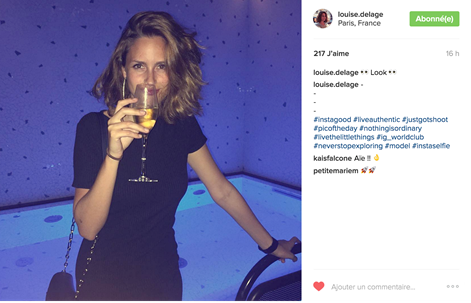