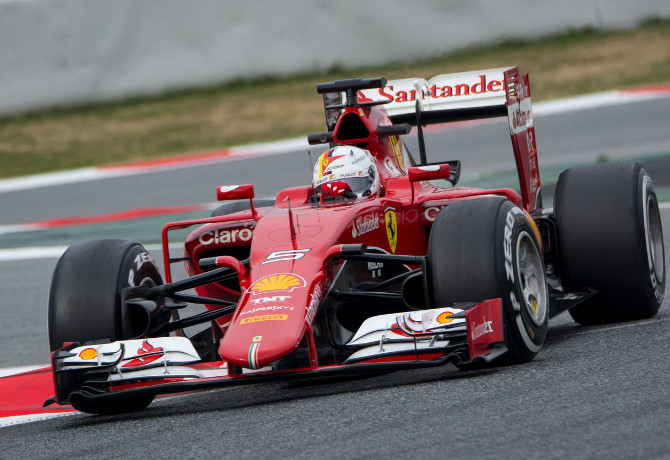 Formula One (F1), to use the sport’s own lexicon, has been well overdue a pit stop.

Though its financial performance has continued to dwarf many rival sports, there has been enough spluttering in the engine to suggest the brand is in need of a refresh. By some measures its global TV audience has dropped by as much as a third over the past decade, while team sponsorship revenue was down by around 20% last year.

However, and despite these concerns, US giant Liberty Media has seen sufficient potential to complete an $8bn take-over of the sport.

Long-time supremo Bernie Ecclestone has been ousted from his position running F1, and appointed ‘chairman emeritus’ in deference to his contribution to the sport since first entering as a team boss in 1972. He has been replaced by moustachioed former News Corporation executive Chase Carey, and will be supported by renowned technical guru Ross Brawn as managing director, motor sports, and 27-year ESPN veteran Sean Bratches as managing director, commercial operations.

Bratches will oversee F1’s global television rights and sponsorship programme, its marketing and analytics function, relations with race circuits, promoters and its hospitality offering. As a self-confessed F1 fan, he says the role has provided a unique opportunity to combine both professional and personal passions.

“The F1 brand is an extraordinary global brand. It’s a sport that is rich is history, and one that I perceive to have a large growth opportunity,” he says. “Also the management team – Chase Carey is a legendary media executive, and his leadership was extremely attractive to me as well.”

While describing F1 as one of three “tier-one” global sporting events, alongside the FIFA World Cup and Olympic Games, Bratches acknowledges there is much to be done to restore it to an upward trajectory.

Top of the list, he says, is to create a more durable, long-term business model – something which has been lacking in recent years. “Under Bernie Ecclestone’s leadership, F1 has created an extraordinary asset that has been prone to growth and I think he has done a great job and left a great legacy. Our actions now will be driven by longer-term vision and strategy, as opposed to the next deal,” he says.

The F1 brand has come under pressure in recent years, from accusations of engaging with disreputable regimes – as in the case of its controversial Bahrain Grand Prix in 2012 – to the absence of a digital strategy worthy of the name. In a world where soccer sprawls from one digital media platform to the next, and US sports sign innovative broadcast deals with social networks, F1 risks losing interest among smartphone-obsessed Millennials.

“Our actions will be driven by longer-term vision and strategy, as opposed to the next deal”

“First and foremost is the F1 brand, and ensuring that we are investing appropriately in that brand, that we have research and analytics to guide our decision-making process. We use that as a fulcrum to support our investment decisions and other commercial decisions as we go forward,” he says.

F1 will undergo a “digital transformation” over the coming years, he says. “The intention is to build a host of state-of-the-art digital assets that will engage current fans and new fans in new ways, where they are consuming content, as well as give our sponsors other means to activate and relate to the F1 fan-base.”

Despite F1’s many concerns, from the prohibitive costs of entering a team to the competitiveness of races, it has remained an attractive prospect for global advertisers. Only last year, beer brand Heineken signed an estimated $150m, five-year deal to become a global partner – a status it shares with blue-chip names such as UBS, DHL and Tata Communications.

However, the number of such deals has stalled in recent times. With less than 20 sponsors in total – minus those attached to teams – F1 can clearly do better. In reference to Ecclestone’s self-proclaimed ‘dictatorship’ over the sport, Bratches argues that a more consultative approach should bring new names to the sport, and help to proliferate F1-related content throughout the web.

“[We want to] build deeper and stronger relationships with our commercial partners, whether they are global TV rights partners, or sponsorship partners, teams, promoters,” he says.

The new management have been vocal about the potential to transform each race into Super Bowl-style jamborees, enhancing the race weekend experience for both spectators and TV viewers, and creating more opportunities for commercial partners at the same time. And Bratches reveals we should expect a new series of F1 events outside of the races to entertain fans and amplify the brand.

“I think there is a huge opportunity to engage in creating more of a festival-like environment around the circuits themselves, to activate in peripheral towns and at the event,” he adds.

However, for many CMOs, the question of F1’s global audience will remain the most pressing determiner of future investment. In markets such as the UK, the sport has become too expensive for many free-to-air broadcasters, restricting viewership among all-important younger consumers.

In the wake of Twitter’s successful bid to broadcast NFL games, and given F1’s bona fide global footprint, analysts are waiting to see if the likes of Google and Facebook can be persuaded to invest in rights to stream F1 races. And it is not too much of a leap to see Amazon, which, at great cost, recruited the stars of the BBC’s ‘Top Gear’ for a new show, taking an interest.

Again, Bratches would not be drawn on specific companies, but acknowledged that F1 must open itself to digital media if it is to compete for attention: “We are going to take a holistic view of the rights marketplace, and make [a decision] on the best ways to engage with our growing fan base.

“My suspicion is that digital will be a material component of how we reach fans on a going forward basis.”