The past 12 months saw an unprecedented surge of media agency reviews. Why did it happen, and which networks emerged triumphant? 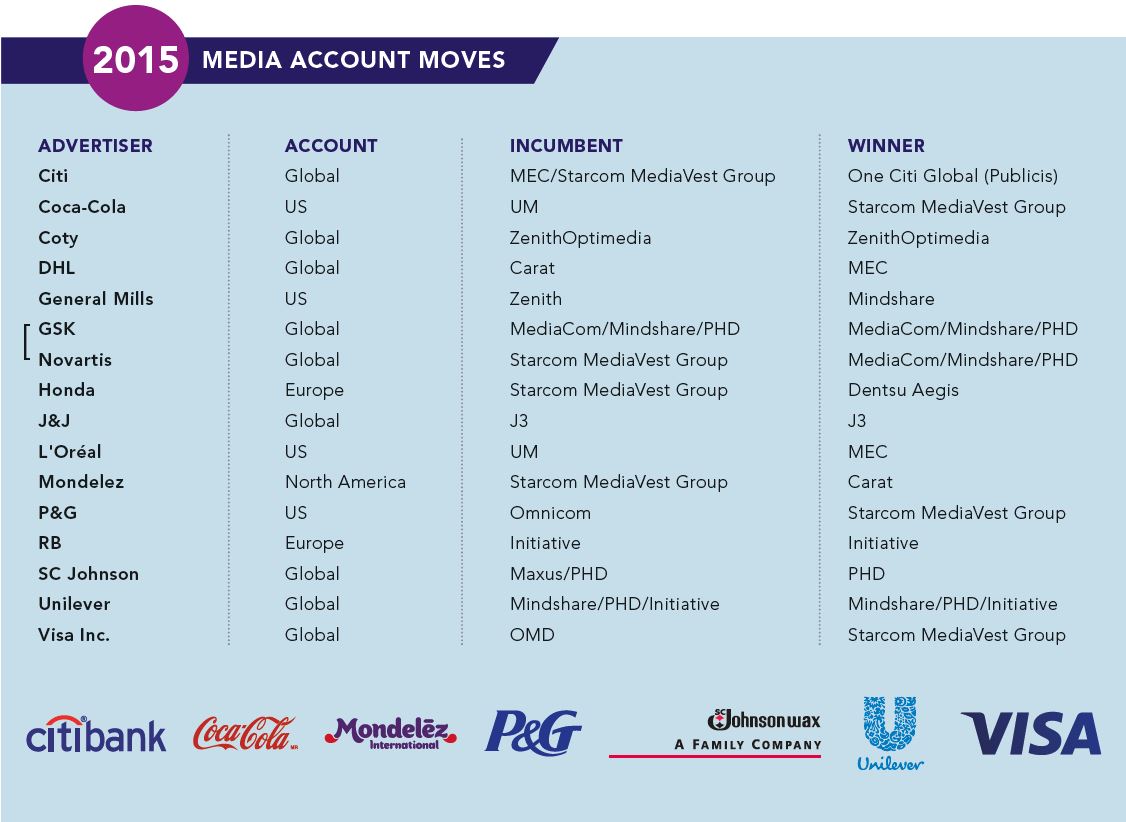 Mediapalooza. It was the biggest media event of the year – accompanied by a terrible name – and almost no one saw it coming.

Media agencies had spent the previous 12 months talking about ‘change’ and ‘adaptability’, but few could have guessed this new approach was going to be so rigorously tested by the world’s biggest advertisers.

Within a period of only a matter of months, brand owners including Procter & Gamble, Unilever, L’Oréal, Volkswagen and Johnson & Johnson had called reviews of US and global media planning and buying arrangements.

The total value of media business up for grabs has been estimated at as much as $30bn – perhaps even more.

At first, agency bosses dismissed the spate of reviews as mere coincidence (see Maurice Lévy’s comments below) – that numerous fixed-term deals were coming up for statutory review, and that no link should be drawn between the events. But, as advertisers dropped one by one, it became clear that something more significant was taking place.

Numerous theories have been put forward. At a basic level, marketers are desperate to cut costs and make media dollars go further, meaning they are trying to squeeze agencies harder and harder.

Stories have abounded about agency bosses torn over whether to take on the media business for major advertisers at punishing terms, purely to inflict a blow on their rivals.

Ad tech companies have claimed the reviews are a sure sign that CMOs are reappraising media arrangements in light of the rise of programmatic trading, and the need for a more sophisticated approach to data management and attribution.

At the darker end of the spectrum, some experts have theorised that advertisers have been troubled by reports of agencies receiving rebates and kickbacks from media owners, and not passing these back on to clients – leading to an influx of mistrust into the media ecosystem.

Either way, it has been a truly trying time for the agency world.

For some, the results have been strong. In its latest ‘Pitch Cycle & Decisions’ report (see below) – released before P&G and L’Oréal awarded their accounts – RECMA praised PHD’s new business record, after the agency picked up business from SC Johnson, GSK Novartis, Bayer, Liberty Global and Unilever. 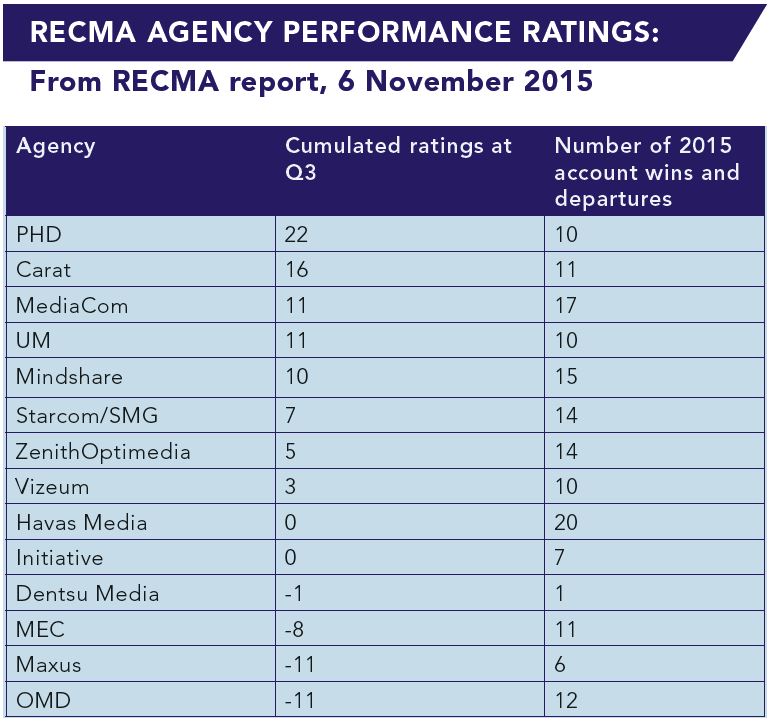 Elsewhere, a more mixed picture emerged for IPG Mediabrands, with UM scooping Coca-Cola and Johnson & Johnson in the US, but missing out on L’Oréal.

Conversely, a succession of bad results can seem disastrous for a holding group. Take Publicis Groupe’s devastating week in December when, fresh from a major restructure of its business, it lost the huge $2.6bn US P&G account, the Honda Europe business, and missed out on L’Oréal’s $900m US account.

Publicis chief financial officer Jean-Michel Etienne insisted that “this is something that we can compensate [for]”, but it did not stop tales of troubled Paris board discussions passing gleefully from the lips of rivals.

The hangover of ‘Mediapalooza 2015’ will live long into 2016, with several major accounts still up for grabs and agencies left trying to work out how to reshape their organisations in the light of gained or lost clients. Omnicom Media Group, for instance, is expected to add a third media agency alongside OMD and PHD to handle its newly won P&G business.

Agencies will be hoping that, having accepted lower margins and inferior rewards from clients, a shot of trust is injected into the system, and that they can get back to proving their value in helping to build brands and executing winning media strategies.

The year of the media account review: What they said… 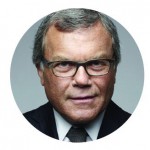 “Clients are facing pressures – it is only natural they would look at one of their biggest, if not biggest, cost on P&L. These are all issues coming at clients with increasing rapidity, and they want to sort it out. I think this leads to tremendous uncertainly and a desire to improve performance. You can’t fight it.” 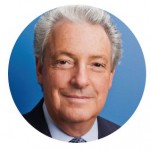 “Clients are making sure that they have the right partners and the right thinking, and once one big company does it, the other brands decide they should do it. It then catches fire and the pitches increase. The key is to focus on retaining your clients, and then pick the opportunities you think will benefit you and the client.” 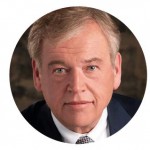 “Technology has radically changed media planning and buying, and the rise of digital data and analytics has given marketers the ability to more precisely understand how consumers are using media. In areas such as programmatic buying and micro-targeting, clients want to make sure that they have the right partner with the right resources in this space.” 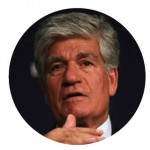 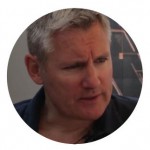 “This is once in a lifetime. I’ve never seen anything like it, and I don’t think we will in the next 25 years. It’s a perfect storm, and it is indicative that clients are looking at what the future holds for them, and how to best address some of those challenges.” 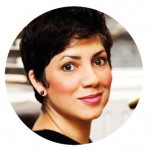 “CMOs do not necessarily want to deal with a large number of agencies. They want to consolidate. Speed and agility are the competitive advantage in today’s marketing world, so they are trying to truncate those relationships.”