PepsiCo has admitted it “missed the mark” with its latest campaign featuring reality TV star and model Kendall Jenner, and has pulled the ad. 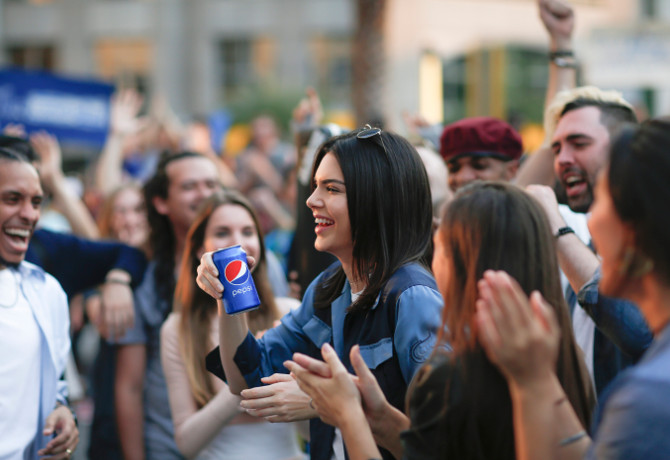 The ad, created by PepsiCo’s in-house content team Creators League, showed ‘Keeping Up With the Kardashians’ star Jenner abandoning a modelling shoot to join a youthful protest march. Picking up an ice cold can of Pepsi, she approaches one of the police officers and passes him the drink.

The campaign, which uses the endline ‘Live bolder, live stronger, live for now’, immediately drew criticism on social media, with the FMCG firm accused of trivialising global protest movements and the subject of police brutality.

As a result, PepsiCo has pulled the ad from all online platforms, and issued an apology, saying it did not intend to “make light” of political issues.

The full statement reads: “Pepsi was trying to project a global message of unity, peace and understanding. Clearly we missed the mark, and we apologise. We did not intend to make light of any serious issue. We are removing the content and halting any further rollout. We also apologise for putting Kendall Jenner in this position.”

“It might just be the worst ad I’ve ever seen” – read the full blog by Tom Casswell, international planning director at Havas Media.