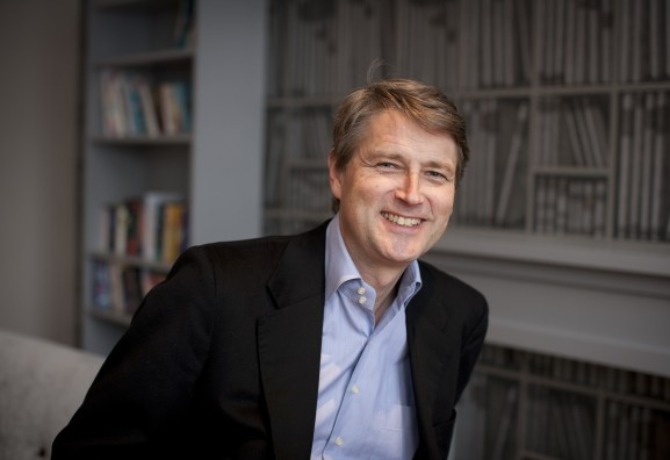 The timing could scarcely have worked out much better.

Each year, Omnicom Media Group (OMG) agency PHD chooses an upcoming technology trend to examine with thought leadership papers and commentary. In 2015, the chosen topic was Artificial Intelligence (AI), which is explored with a book entitled ‘Sentience’.

In the weeks and months after touring the publication at the Cannes Lions, in the company of World Wide Web-inventor Sir Tim Berners-Lee, technology giants from Google to Facebook and Microsoft really stepped up their own AI development programmes. Chatbots and Virtual Personal Assistants (VPAs) are becoming a recognised part of marketing lexicon, and brands are preparing for a world of machine-to-machine communications.

The subject of AI is sure to be hotly discussed at the upcoming Festival of Media Global 2016 in Rome, with PHD worldwide chief executive Mike Cooper ready to warn the industry to take a more proactive approach – or face being frozen out by clients.

“Twelve months ago, nobody was talking about AI, and it seems a lot of people suddenly are,” says Cooper, who is also a judge at this year’s Festival of Media Global Awards. “It has been gathering momentum, so I’m glad we were slightly ahead of the curve. Some people might talk about demographic change, or regulatory change, but, honestly, those are midgets compared to the changes that technology brings about.”

“You will need to be marketing to an algorithm, to a certain extent, and that is a seismic change”

Speaking to M&M Global in his office on North Crescent in London’s Fitzrovia, Cooper points to the emergence of VPAs (“someone will come up with a catchier name”) including as Apple’s Siri, and envisages a world where consumers will simply rely on AI assistants to book services like taxis, flights and restaurant tables.

“That takes you to a very interesting place in terms of marketing. You will need to be marketing to an algorithm, to a certain extent, and that is a seismic change,” he says.

“It is a different world, taking advertising from a frontal cortex decision to being something based around an algorithm. It needs a lot of thought about how we’re going to go about doing it.”

Alongside this unabated march of technological progression, PHD has enjoyed a successful period, particularly in the US, under the leadership of regional CEO Nathan Brown and strategy head Will Wiseman.

Last year’s Mediapalooza run of US and global media reviews allowed the network to win accounts from its bigger rivals, including work from Unilever, GSK, SC Johnson and, most recently, Delta Air Lines. It also remains in the hunt for VW’s estimated $3bn global media business.

Having only announced its ambitions as a global media agency network around eight years ago, Cooper argues that its future-facing philosophy – alongside its heritage in communications planning – has allowed it to outperform bigger players.

“I think the middle ground is a very dangerous place to be,” he says. “When we were first rolling out PHD as a network, we looked at the competition and thought there is no point in us trying to be a Mindshare, or a UM, or a Starcom. They are already very good at doing what they do. As a challenger brand, you need a different narrative to be able to communicate.”

His words are especially pertinent given the recent launch of OMG’s third global network, Hearts & Science, under the leadership of former PHD exec Scott Hagedorn. Omnicom created the new agency to house its newly-acquired Procter & Gamble business in the US – and Cooper believes any new global network launch now requires similar ballast to stay afloat.

“A lot of companies have tried to launch new media networks – BPN at IPG, or Vizeum, or even Maxus. I think it is a very tough task. Some of those have been and gone, and unless you’ve got a big anchor client, like Hearts & Science, it’s quite hard,” he says.

That said, Cooper argues that Hagedorn’s data-focused positioning for Hearts & Science is “very smart” in today’s media landscape, offering the agency a “real head start” in the space at a time when data is becoming ever more important.

As convincing as Cooper’s prophecies around media’s technology and data-driven future may sound, they will ring alarm bells for many who struggle to see a long-term future role for the traditional media agency.

If AI systems will be responsible for everything from media buying to customer communications – and even, Cooper predicts, basic creative work – then what will be the need for well-staffed agencies?

“You are looking at a world where there will be less human decision-taking,” he agrees. “The whole marketing process will change. There will be no point in having hundreds and hundreds of creative teams developing a message for different stages in the purchase channel. Some of that will be automated.”

However, Cooper insists there will still be a role for people in the “elevated” forms of brand advertisers: “There will almost be two speeds. The day-to-day, more basic form of communications will largely become automated, and the more emotional form will continue to exist, but it moves up the funnel.”

And agencies, he argues, will evolve and adapt to provide advertisers with client service and advice, as they have done for many decades.

“This feels like a wave of technology that is different to anything that has gone before, and it is going right through our back yard in marketing”

“If you go back 35 years ago, people weren’t even working with computers. They were literally putting crosses in boxes and making bookings. Almost every year I have worked in media it has become a more creative business – you have the opportunity to work with clients in more creative ways,” says Cooper.

“I am aware of the threat [posed by AI], but, as with any seismic change, the scary thing is not to embrace it. You will end up with only a tenth of your workforce if you don’t prepare. There will be winners and losers, but I don’t think it will get to the extent where we just have a bank of computers, and we’ll have turned the rest of the building into a hotel or restaurant.

“This feels like a wave of technology that is different to anything that has gone before, and it is going right through our back yard in marketing. There’s nothing you can do about it. If we don’t embrace it, someone else will, and you will end up getting marginalised,” he adds.

Predicting the rise of AI is very different to future-proofing your business against the impact of such technology, of course. But – as will be debated in Rome in a fortnight’s time – agencies will ignore this tectonic shift at their peril.

Click here for more information about the speaker line-up at Festival of Media Global 2016, and how you can attend.