WPP has been the most acquisitive group in Q1 among the six big holding companies, making seven of the 24 acquisitions identified, while Dentsu has added a total number of 1,400 employees with five acquisitions, according to research study ‘RADAR on M&A’. 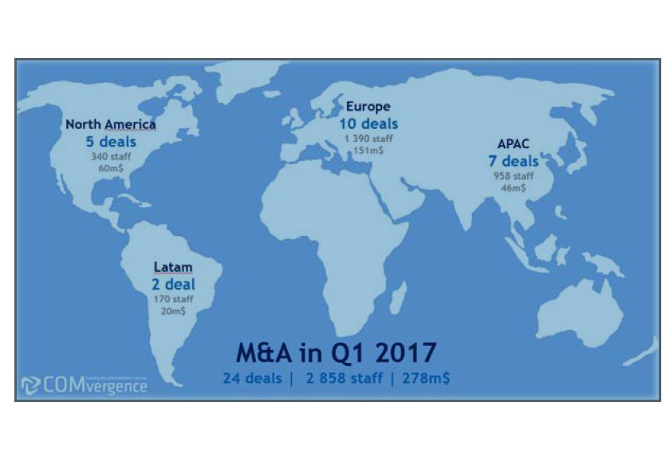 The study from COMvergence also showed that Havas made four mid-sized acquisitions with a total headcount of 88.

The largest acquisition in the first quarter was by Dentsu of Blue-infinity with a total headcount of 550, while the USA remains the most attractive country, with five deals in total. All of the deals identified are majority owned, and 16 are fully acquired.

Among the 24 agencies and groups acquired, 14 are digital, six are creative and two are media while another two are full-service holding companies, both of which were acquired by Dentsu. 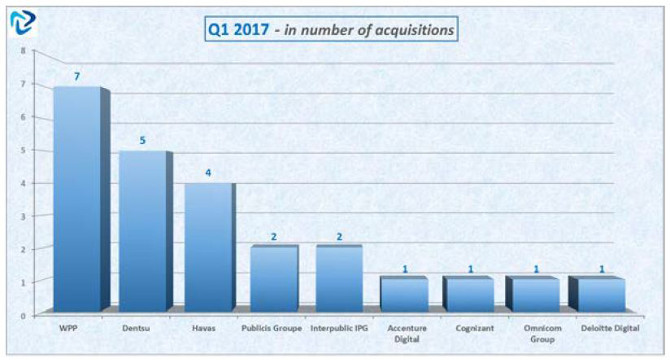