Young people have been Trumped again, but disruption is around the corner | M&M Global
Blogs
10th November 2016 by M&M Global Contributor

Donald Trump’s US presidential election victory only reinforces the need to connect with Millennials, argues Felix Morgan, senior strategist and head of innovation at Livity. 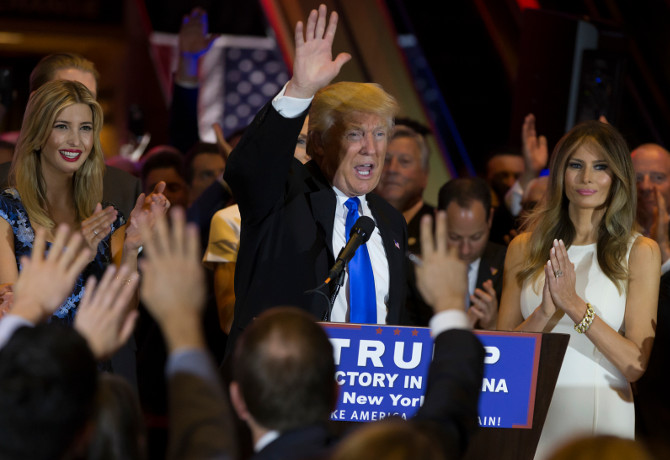 According to an analysis of exit polls by the Center for Information & Research on Civic Learning & Engagement, one of the key reasons that underpinned Donald Trump’s presidential victory was the lack of youth engagement.

Historically, young people have been an integral part of any Democrat victory, particularly in Barack Obama’s success over the past eight years. However, this election represented one of the lowest youth turnouts in recent years, and it had a huge impact on Hillary’s downfall. Simultaneously, we also witnessed a significant increase in young people turning to independent candidates, particularly Gary Johnson.

Rather than getting into the politics of each candidate, I think the key outtake here is that, once again, young people felt incredibly disillusioned during a major political decision. This is something that will be all too familiar to British readers, after 75% of people under 25 voted ‘Remain’ during European Union membership referendum, but only 64% of them actually voted. As the history books will show, the end result was incredibly tight and went against their consensus, but could easily have been swayed if they had been more engaged with the decision.

Young people are becoming increasingly jaded by politics and refusing to buy into the binary decisions presented to them. The challenge is these major decisions are still being made on their behalf, and no one is going to be living with the ramifications for longer than them. Instead of continuing to ignore Millennials and accepting their disillusionment, I believe it is our duty to find new ways to engage with young people in politics.

From Livity’s extensive insight work with young people we have seen time and time again that it’s not apathy driving their lack of participation. Young people are incredibly motivated to make a change in all aspects of their lives, and feel more empowered than ever to do so.

Today’s teens don’t really remember life before the economic downturn, before austerity, or before global financial insecurity, so – unlike most of us – they didn’t go to school expecting to be handed the perfect career at the end of it. And their Gen X parents, who grew up in a similar economic climate (with a big value on enterprise) have raised them to believe that if they want something they have to make it happen for themselves.

This has led Gen Z to being a generation of hustlers and strivers, expecting to have to define their own path in everything they do. They’ve seen countless industries being disrupted before their eyes, often by people in very similar positions to them. The problem is not a lack of motivation, or a belief in their ability to instill change, but a general disdain for the way things are being done right now.

The US election highlighted this perfectly. The problem is not that they don’t care about who runs the country, it’s that they have no interest in supporting either of the candidates placed in front of them. The youth support for Bernie Sanders in the primaries highlighted this perfectly, and there has been plenty of speculation that Sanders would have in fact won the election if the DNC had supported him fully. We will never find out the truth of that, but it does highlight the opportunity in place if young people can be motivated successfully.

So what can we do? How can we engage young people in a way that moves beyond these binary decisions, and empowers them to make a difference?

Recently we have been working on a project called Undivided – the UK’s first ever nationwide youth-led campaign, which demands a better Brexit deal for young people. It is entirely apolitical and is led by three young people with directly opposing views – a staunch supporter of the leave campaign, a strong supporter of the Remain campaign, and someone who refused to engage in it either way.

With our support and infrastructure, these three young people have united and formed a core team of 30 people who aim to crowdsource one million youth demands by January which they will then look to whittle down to 10 to take to Parliament in the form of a manifesto. The apolitical nature of this project has led to significant support and engagement with young people. It is not pushing either party agenda; it’s just trying to define a future that young people want to live in.

I personally believe this is a very positive and necessary step in overcoming the disillusionment we’re currently seeing within this demographic. Instead of trying to push them to align themselves with either party, we need to look to disruptive formats like Undivided that allow them to express the nuance and complexity of their opinions.

Young people have grown up in a world where everything can be disrupted and turned on its head at any moment, and instead of fighting against it, it is our duty to empower them and help them define the world they want to live in.