The Wall Street Journal (WSJ) has announced plans for a business-wide review of its operations, as it looks to come to terms with a rapid decline in print advertising revenues. 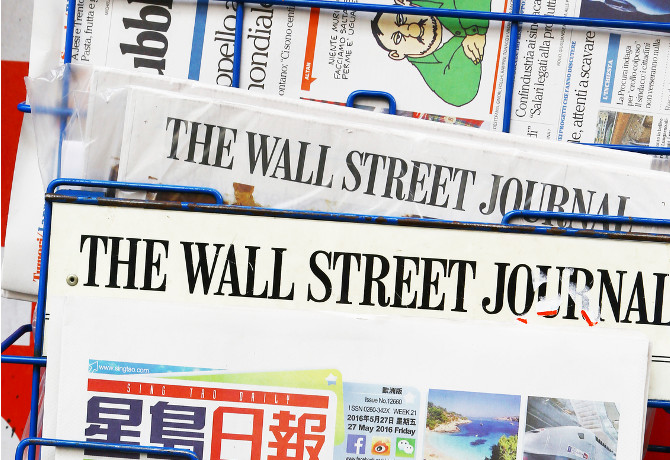 According to reports, William Lewis, chief executive of the newspaper’s parent company Dow Jones & Co, sent a memo to staff outlining the three-year ‘WSJ2020’ review, with a focus on reforming the newsroom, boosting ad sales and achieving greater efficiencies.

Global head of advertising sales Trevor Fellows and his team will be tasked with becoming leaders in “services to corporate customers”, developing a wider range of “creative ads and mobile products” to compensate for the shifting sands in the traditional advertising market.

It comes as the WSJ passes the one million digital subscriber mark for the first time.

“Our advertising department will focus on delivering maximum value from every transaction and on building a department with the tool and skills to flourish in this new world,” said Lewis in the memo.

“These are challenging times. I thank you in advance for your patience and understanding as we set about the difficult task of continuing to build our digital future while responding to the decline in traditional advertising.”

The WSJ is also set to roll out a revised version of it print product, with some “consolidation” of sections, though details are yet to be finalised.

Last year, the publisher launched new broadsheet print editions for Europe and Asia, as well as an updated global digital offering, as it pushed for greater international growth.